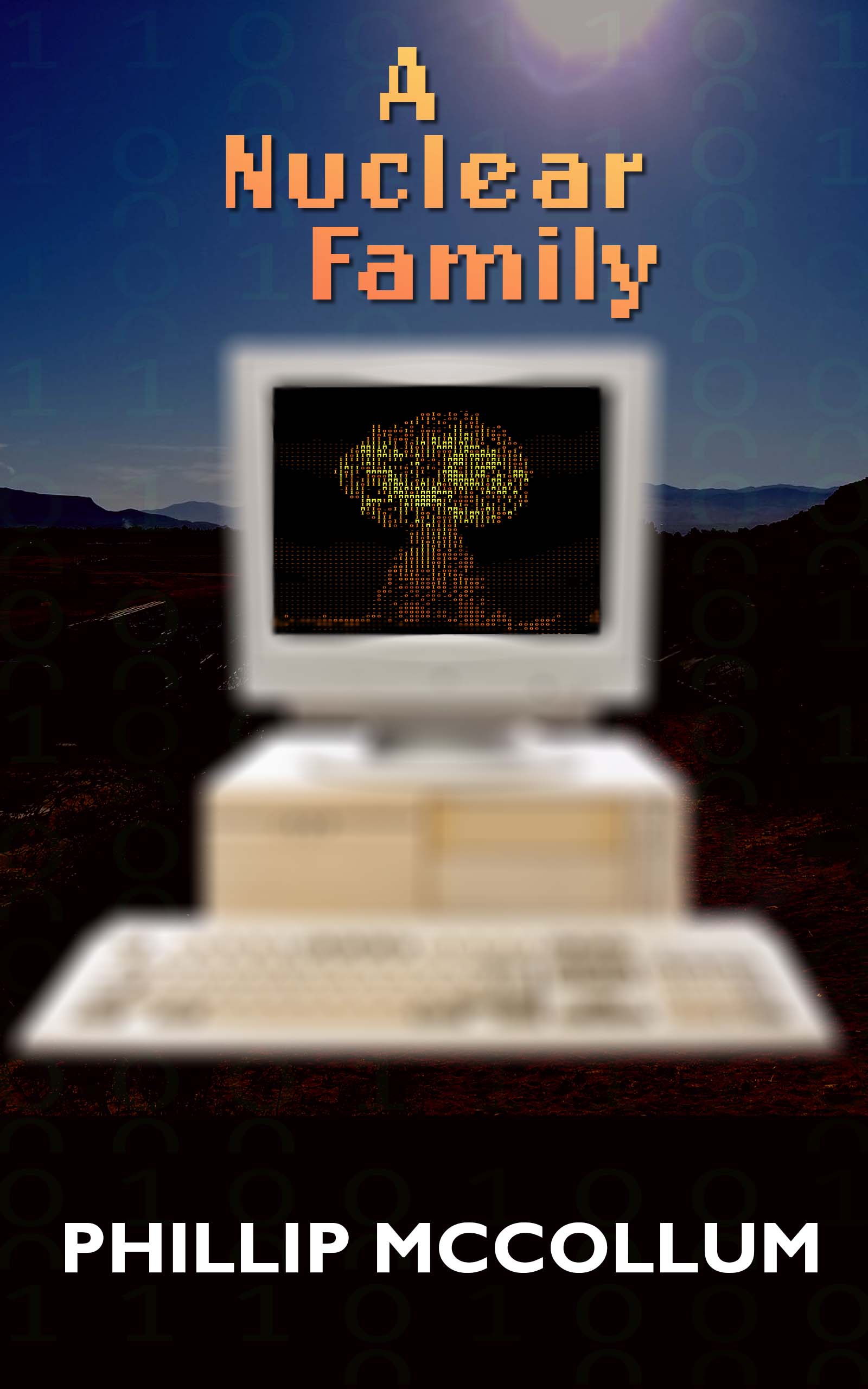 It's 1996 and Alexei Zaitsev, age fourteen, war-dialed into a top-secret computer. He discovered instructions on how to build a nuclear bomb, then spread the information to online bulletin board systems.

Now someone’s coming for him.

A Nuclear Family is a short story of mystery and suspense. 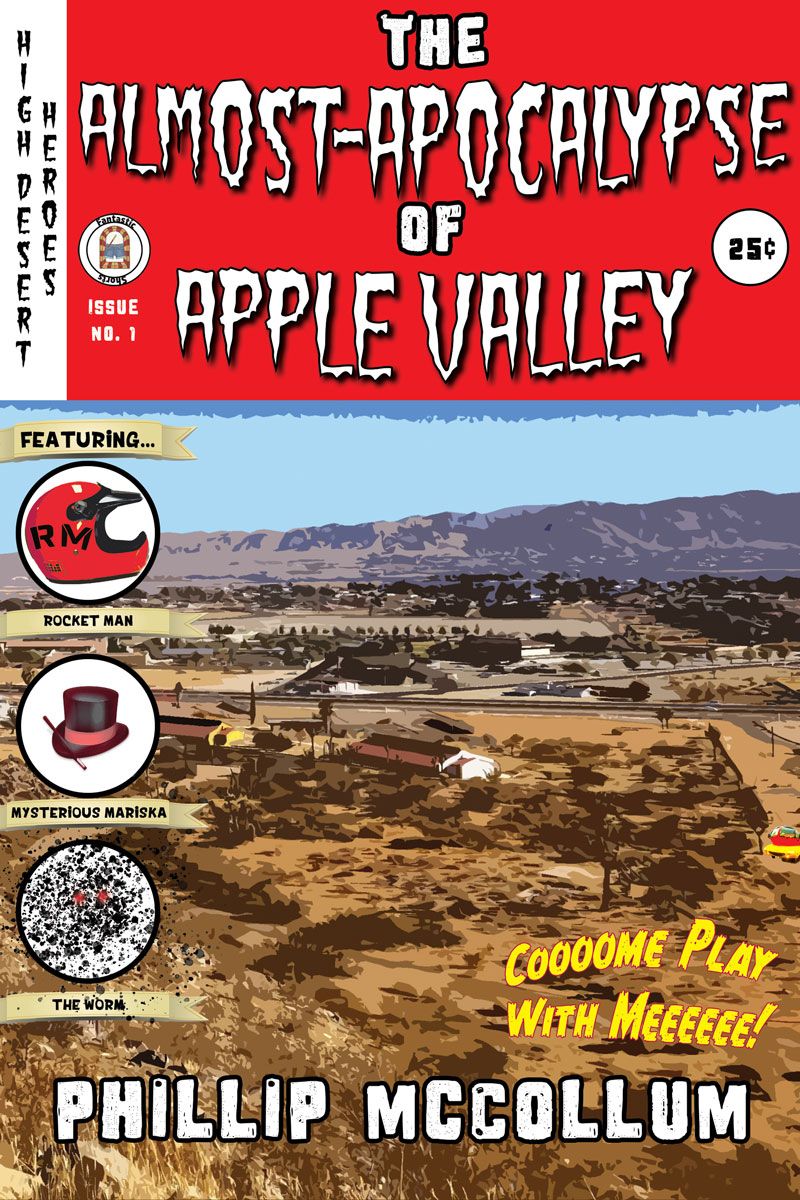 Twelve-year-old Owen “Rocket Man” Thom looks forward to the beginning of a magical 80s summer, celebrating his thirteenth birthday and riding BMX bikes with his Crew.

Owen zooms down a local dirt track, ready to break an all-time “max air” record when something strange goes wrong, leaving him injured.

Unfortunately, the event kicks off a series of twisted, terrifying troubles.

In the nostalgic vein of The Goonies, Stranger Things, and Stephen King’s terrifying “It”, “The Almost-Apocalypse of Apple Valley” keeps you turning the pages and rooting for the kids. 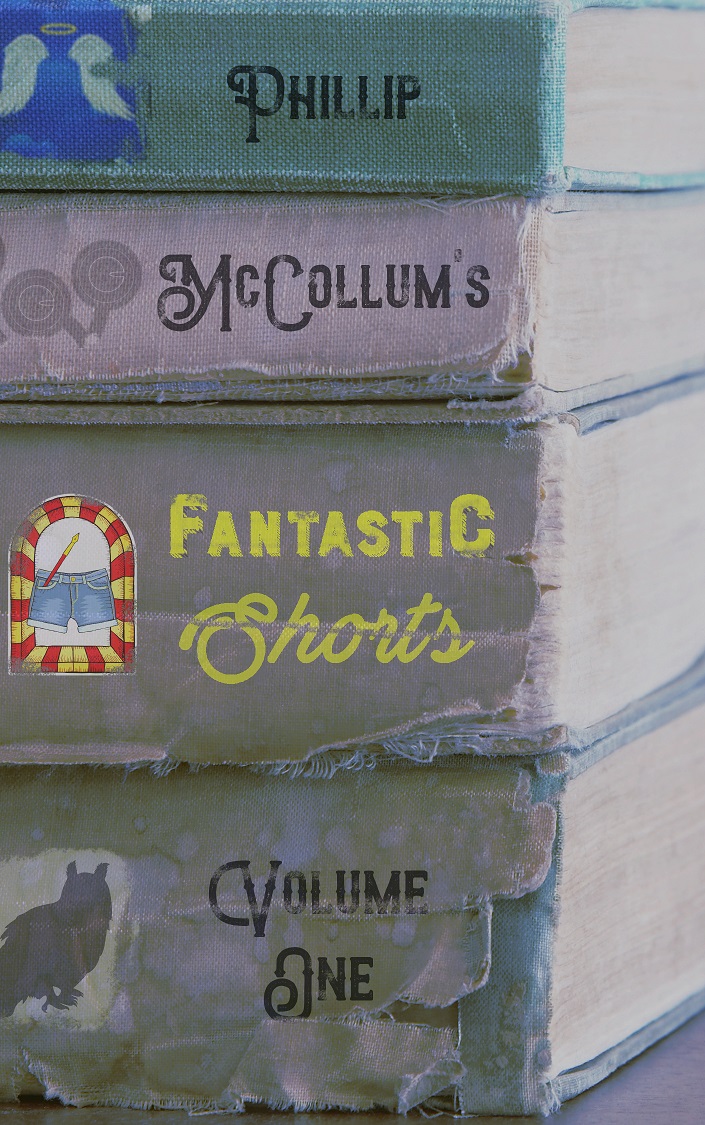 Are you a fan of the upside-down worlds of the Twilight Zone, The Outer Limits, or Black Mirror? Then spend some time reading these twisty, turny stories that cross genres and blur the lines between reality and fantasy.

In Seven Hundred and Seventy-Six, a timid bank clerk working in the Arizona frontier encounters a strange man and an even stranger gun.

In Halfway, detective Marty Quinn comes home to find his wife murdered and a high-tech entrepreneur is a prime suspect.

In Captain Coffee, a caffeine-powered superhero comes to the rescue.

...and many more fun ways to spend a few minutes of your day. 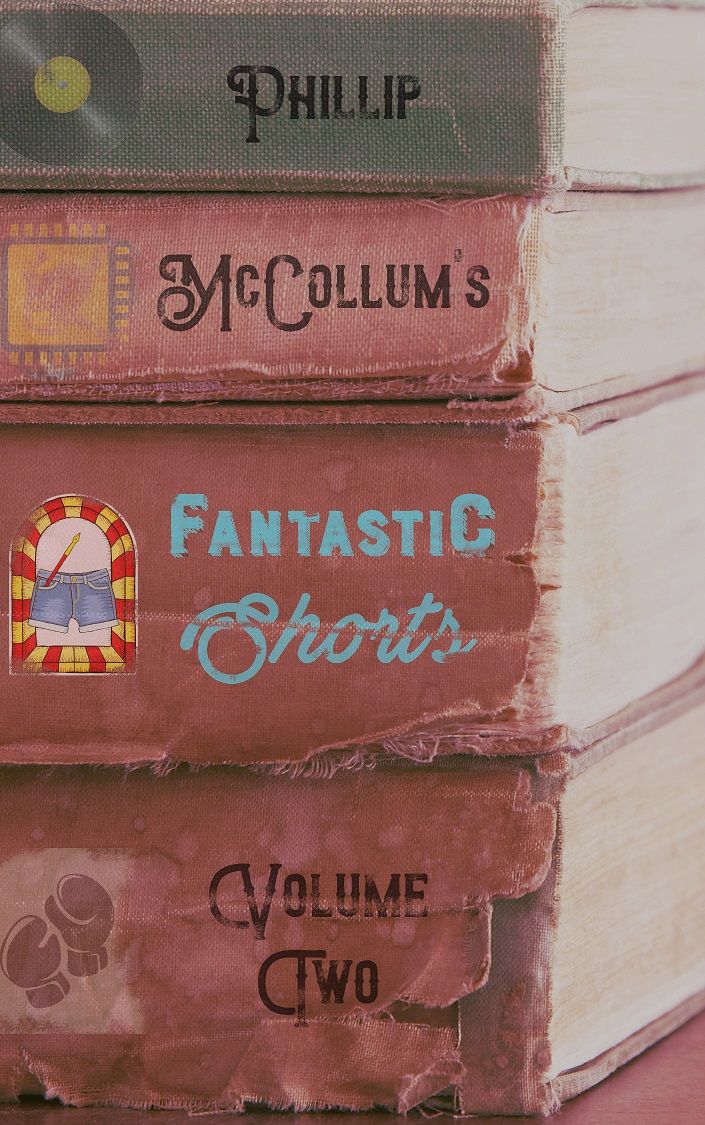 Are you a fan of the upside-down worlds of the Twilight Zone, The Outer Limits, or Black Mirror? Then spend some time reading these twisty, turny stories that cross genres and blur the lines between reality and fantasy.

In Andreiana, it’s 1985 and the Soviet Union is about to make its move on the United States. Only a mysterious girl can stop them before its too late.

In Your Punching Privileges Have Been Revoked, an aging boxer is looking for a comeback and an old man seems to offer the key.

In A Letter to the Gubamint, aliens begin to invade Coconut Groves Mobile Home Park and it's up to one citizen to inform the government.

...and many more fun ways to spend a few minutes of your day. 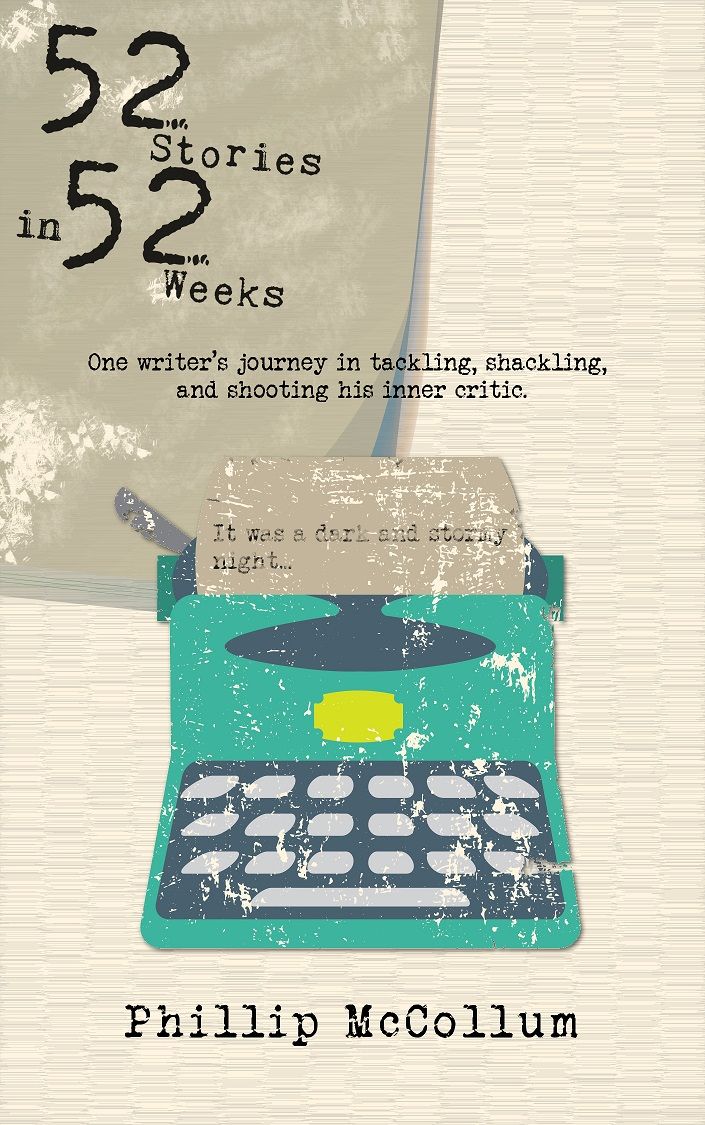 Do you call yourself a writer, yet feel you’re a fraud because you’ve never finished anything, let alone achieved publication?

Is there a nagging voice inside your head telling you to give up because you’ll never nail this ‘writing thing?’

I was once you.

The basis for this experiment was at the suggestion of Ray Bradbury who recommended that all beginning and intermediate writers follow this ‘writer’s hygiene’ program, because there’s just no way you can write 52 bad stories in a row.

Here, I present all 52 stories along with a journal of the process behind each one. Also included are general lessons I’ve learned that I hope will turn struggling writers into prolific writers. 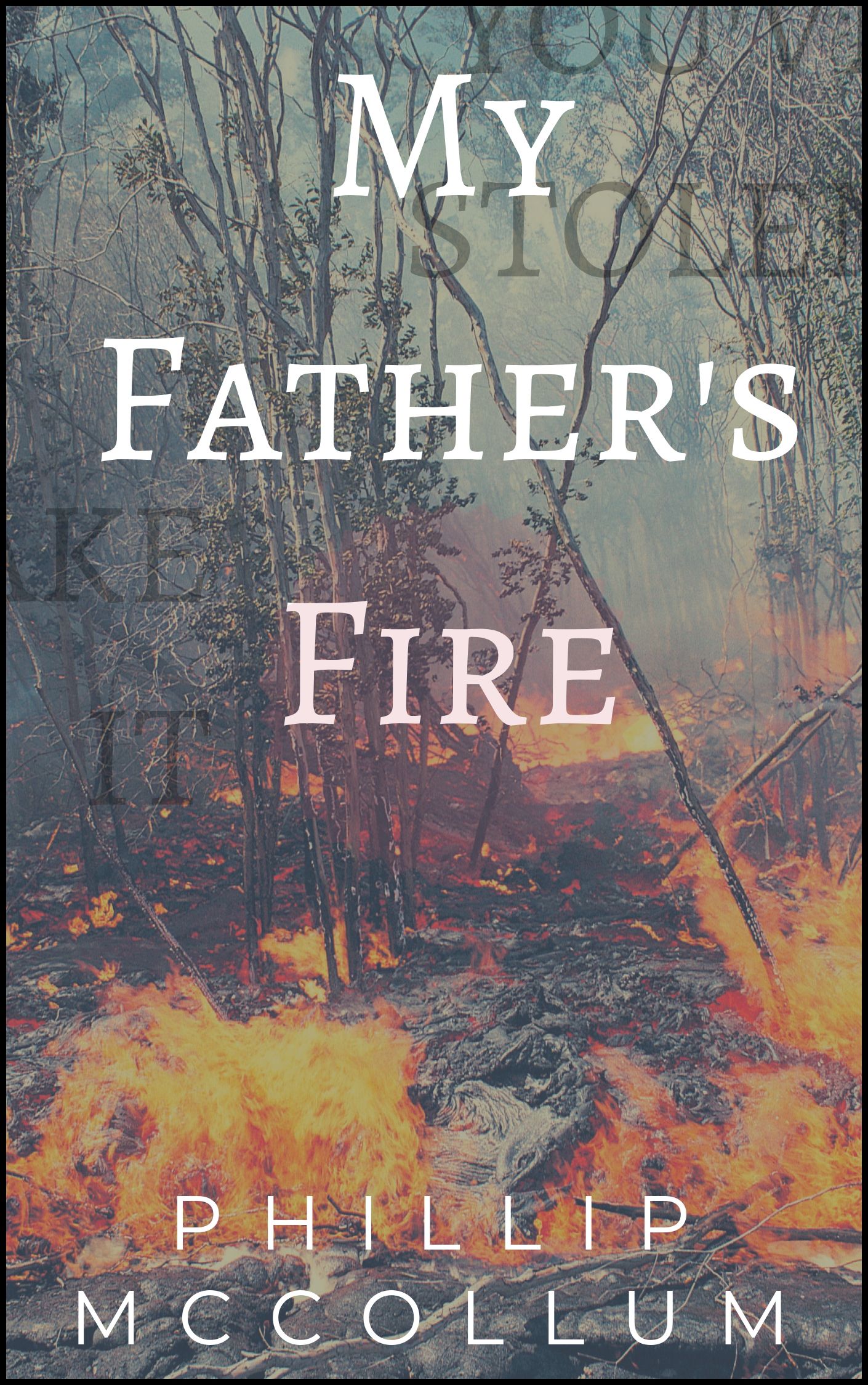 The 2018 Camp Fire was the deadliest in California history, reaching a final death toll of 83 people. Its official cause was determined to be an electrical utility malfunction, but what if there’s more to the story?

Fifteen years after finally getting away from a family that he never felt a part of, Joe Bancroft reluctantly returns to his father’s incinerated cabin, only to discover a peculiar welded metal box among the remains.

What mysteries will it unlock about his past? What will it do to his existing relationships? And more, what will it reveal about the merciless cleansing power of fire? 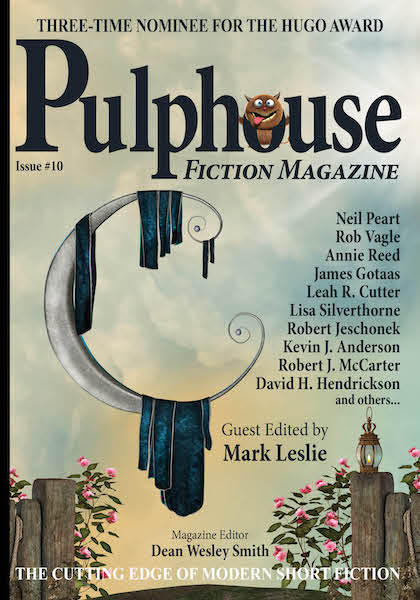 “The stories are all strong (not surprising when you have years of good stories to pick from) and show an off-kilter sensibility that I found very fresh even after all this time. If this is a taste of what’s to come, it’s worth giving Pulphouse a look.”
—Tangent Online on Issue Zero

Includes:
“Paintings of Cats by Mice” by Annie Reed
“Flat Bernie Saves Stanley” by Johanna Rothman
“The Conjurer of the Canvas” by Phillip McCollum
“Custard: A Romeo & Juliet Story (Sort of)” by Dayle A. Dermatis
“Sometimes Grandma’s Gotta Cut A Bitch” by Leah R. Cutter
“Blind Eclipse” by Rob Vagle
“Would Sir Prefer the 1918 Influenza?” by Robert Jeschonek
“The Developmental Adventures of Phil” by Jason A. Adams
“Visage” by Lisa Silverthorne
“Used to be Your Victim” by Stephen Couch
“The Artist, The Engineer, and The Sleeping Dog” by Robert J. McCarter
“Drumbeats” by Kevin J. Anderson and Neil Peart
“Just Write!” by James Gotaas
“Role of a Lifetime” by David H. Hendrickson
“Sergei’s Swan Song” by C.A. Rowland
“Vamp Until Doomsday” by Stefon Mears