I originally started this post with, “Another week of not-much-to-say.” As I thought some more and let my fingers work their magic, it turned out I had quite a few things to say after all.

I have several other posts about writing in the oven, but they’re still doughy. (Writing in the oven? Sounds intense. Writing, in the oven? Yeah, I think that’s correct.) Other than what you see below, I worked at my ‘day job’ (ha!) almost every evening this week and kept up my exercise regimen.

But enough of that. Here’s a recap:

Concerning my research reading, I’m nearly finished with Saloons of the Old West and just a couple of chapters into The Lost Wolves of Japan. 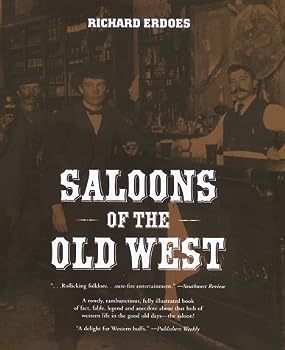 Saloons of the Old West was such a well written book and full of fascinating facts. The author did a bang-up job of contrasting information found in memoirs and newspapers with what we’re used to seeing in a lot of Western films. There is so much good material in there that I’m still digesting, but some of the information has already helped develop my plot and characterization.

As an aside, it’s interesting how much the saloon was the focal point of a lot of frontier towns, including the original American colonies. Most of the time, a tavern had to be put in place before a church or town hall, because often the tavern was the church and town hall.

Next up is The Lost Wolves of Japan. It’s starting off a little preachy, but that was expected. It’s published as part of a University of Washington Environmental Books series, after all. I’m hoping the middle of the book has more meat and provides lots of historical information. From the nuggets that have been presented so far, I’ve pieced together some excellent subplots and backstory for a few of my characters.

If I may do some preaching of my own, taking notes while going through these books has been crucial! If I’m not near my computer while highlighting, I have pen and paper to write down key thoughts and how I can apply them to my story. 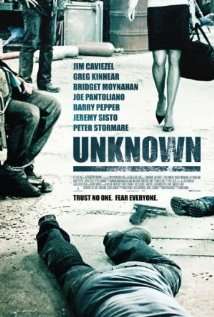 Last Sunday, my wife and I logged into Netflix and watched Unknown. I had never heard of this movie, though it was released in 2006. Overall, the idea was decent but the execution was lacking. Without being too spoilerish, a group of men wake up in a precarious situation without any memory of what happened or who they are. Supposedly this was caused by a release of some toxic gas which, surprise, has a side effect of temporary memory loss. Throughout the movie, they receive flashes of said memory and begin to piece together their true identities.

The acting was decent, but I was rather disappointed in the ending. It seemed they tried to tack on a plot point that didn’t really need to be added. It just confused me. Maybe a rewatch would clarify things and change my mind, but… I’m just not interested enough in spending time rewatching this one. I played a round of Civilization V. For those not familiar, it’s a game of world domination. Being a history nerd, I love it. You manage a single historical empire of your choosing (I happened to choose Rome this time) and take them from basic men with clubs all the way to giant laser-shooting robots. Of course you can play a shiny-shoed good boy and live peacefully with your neighbors, hoping to win the game through scientific or cultural means. But who wants to do that? I had a ball of a time bullying the Aztecs around. Montezuma is always so angry. I did end up allying with Askia of Songhai for most of the game, but at some point, it was just me and him, and, well…I had to think of my people.

Hope you guys had a great week!