Thanks to Oliver at Literature and Libation for contributing a great piece to the Life in Skyrim series. If anyone is interested in contributing, we’re basically taking interesting screenshots from games (Skyrim in this case, but I’m open to anything) and writing some flash fiction based upon it. 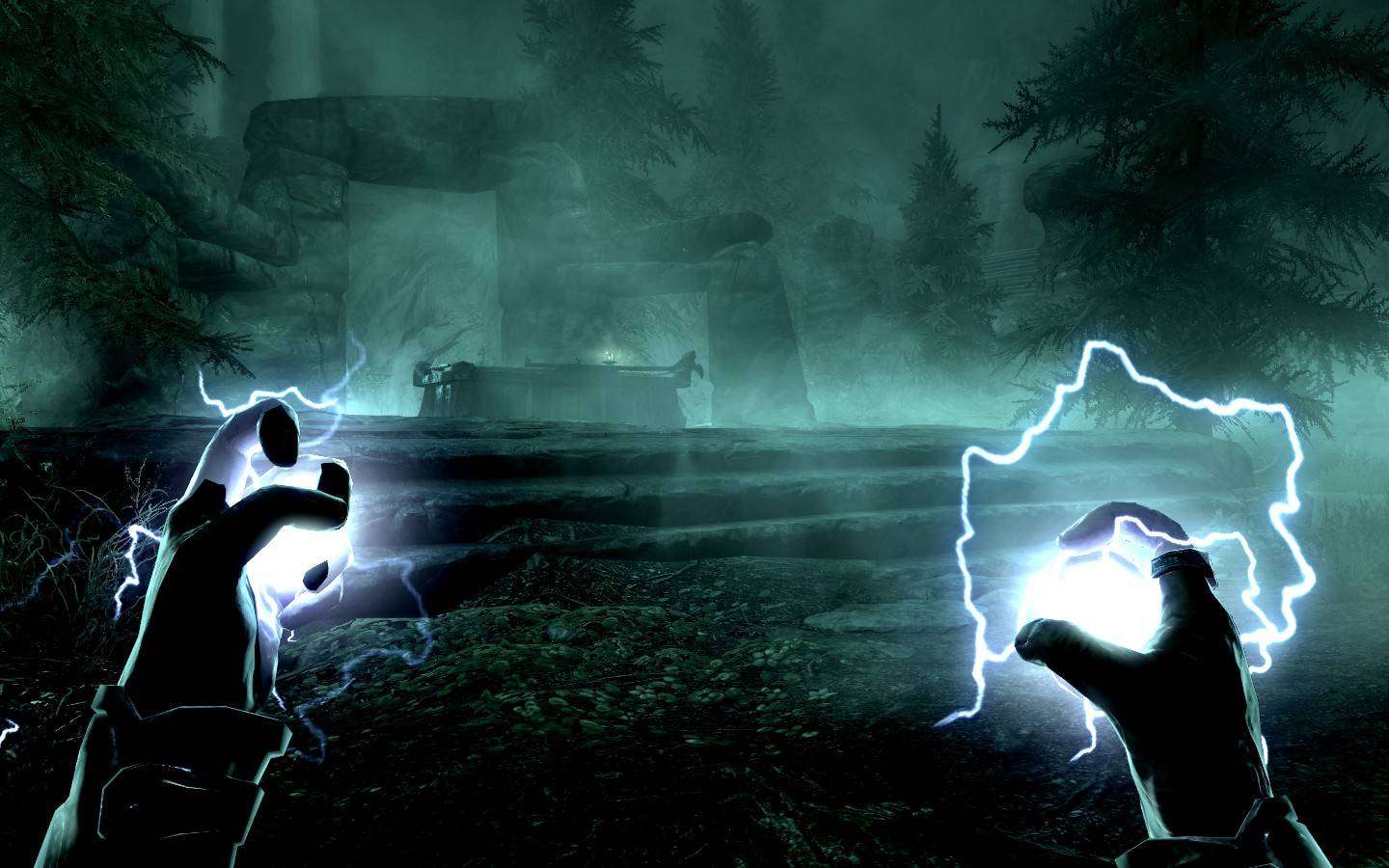 I’ve come back here now, my steps bristling with just as much rage as raw power, to the place where that immortal braggart first chose me and gifted me this curse. I’m back in this foggy grotto far in the rocky bowels of the mount to teach a god what it means to burn. To bring the fury home.

As my will was exhausted at the end of a sword point and my people were forced to the gallows in the name of some distant Emperor, She called me here, like a siren upon the rock sending whispers on the icy wind, luring me to the mountain with promises of redemption and power over those Imperial dogs. Her gaze pierced and saw my weakness, digesting it, understanding it, bridling it.

This altar is my coffin and my cradle. On it I died and because of it I am reborn. She made my frailty my advantage, replaced the weak fleshy sinew of a fleeing coward with the screaming anger of an untamed storm. I look the same except for the singed blue that sparks in my eyes. My blood buzzes. The Breton under the cloak is but a shape, something to give the infinite a form.

She cast me out where I awoke in the snow, naked, steaming. A single purpose surged in my mind, and with fists clenched I marched back to that spot, dotted with smoldering ruins and charred corpses. Their camp was nothing but one massive conduit; the lightning that exploded from me arcing from chain mail to gladius, from belt buckle to any and every exposed piece of steel or iron.

Their bodies burned with unholy light, unearthly blue beaming from their eyes and mouths in a final cry of agonizing death. In a flash as quick as that first spark from a piece of flint, I
exacted my thunderous revenge. I expected the power to leave me then, to descend back into the mountain and ascend from the altar into the open womb of sky and god, now that my will was done.

But my rage did not subside. My anger was not satiated. I could not shake the desire to remove the taint of Imperium that had tattooed the land with pillaged farms and murdered families. For an entire year I rolled across the plains of the north, a living quiver of cobalt bolts, Boethiah’s wrath wrapped in a brown fur cloak.

And now I’m back. The Imperial camp outside the cave could not have been a coincidence. The Daedra don’t dabble in coincidence. She either wants me here, or another has set me against her, turned the weapon on its master.

I’ve grown powerful in my wandering. Today, one of us dies. Today, those storm clouds on the horizon are more than just a coming rain. Today, those fires in heaven will burn blue.